Life of the people, who decided to leave their fatherland and settle down in other country is often really hard. Many of them can’t get use to new environment; cultural differences and language barrier can make a process of assimilation more difficult. Dreams about better life meet the hard reality.

But there are plenty families, which profited from moving abroad and gained the highest honors there. 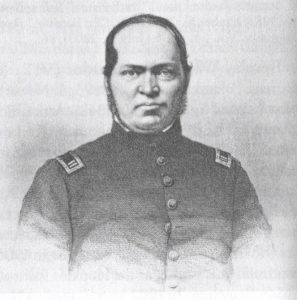 Alaksander Bielawski was born in Minsk, in 1811. He was fighting in November uprising, under the command of General Henryk Dembiński. After the defeat, Bielawski escaped to France, then he moved to United States. In America, he changed his name on “Alexander Bielaski”. Since 1837 he has been working as engineer in Illinois – there he got married and became friend of Abraham Lincoln. Later he moved to Washington D. C., where he got a job in General Land Office. At the dawn of Civil War, Bielaski offered his services to Lincoln. He joined the Union Army, and was acquainted with the rank of captain, serving as a aide-de-camp to General John McClernand. Captain Bielawski died in the Battle of Belmont, killed by a cannonball. He distinguished himself by extraordinary heroism. 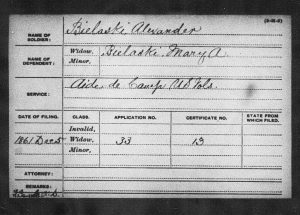 One of his sons, Oscar (1847-1911) was also fighting during Civil War – he served as a drummer. He managed to survive whole conflict. In the lulls between the battles, he learned to play baseball, and fell in love with this discipline of sport. After the war, Oscar became the first Polish-American professional baseball player. Between 1872 and 1876, he was playing in four teams: Washington Nationals (1872), Washington Blue Legs (1873), Baltimore Canaries (1874) and Chicago White Stockings (1875–76). With the last team, he won National League championship in 1876. Oscar played as a right fielder. In 2005 he was inducted in the National Polish-American Sports Hall of Fame. 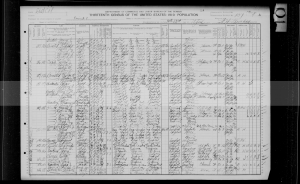 Oscar’s brother – Alexander – was Methodist minister. He and his wife, Roselle had six children – three daughters and three sons. We focus on the two of them – Alexander Bruce (1883-1864) and Ruth (1885-1966). After all, they have the greatest careers in the entire Bielaski clan.

Alexander Bruce was studying law at the George Washington University Law School. After graduation, in 1904 he joined U. S. Department of Justice. Later, he became the assistant of Stanley Finch, the director of Bureau of Investigation (which was rename in 1935 on Federal Bureau of Investigation – FBI). In 1912 Finch left, and was replaced by Bielaski, who has been serving till 1919. Under his management Bureau was functioning smoothly and steadily growing. After leaving the office, he started his private law practice. In the time of prohibition, he was working as a decoy, tracking those, who was breaking the new law. Between 1929 and 1959 Bielaski headed the National Board of Fire Underwriters team of arson investigators. Many years he was also a President of the Society of Former Special Agents.

The story of his kidnapping was widely known. In 1921 Bielaski was in Mexico. There, he was kidnapped by unidentified bandits. They designated a ransom – ten thousand dollars. Former director managed to escape and retrieve all the money. Mexicans started an investigation, claiming that whole kidnapping was orchestrated by Bielaski himself. Investigation was canceled, after the intervention of U. S. government. The whole incident was very mysterious – to this day we don’t know, what really happened. 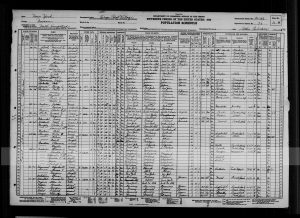 Alexander Bruce Bielaski in Fiftennth Census of the United States (1930)

Alexander was very important person, but not as influential as his younger sister. Ruth Shipley, nee Bielaski, since 1928 has been serving as a head of Passport Division.

She was the first woman in this office, and one of a few these days, who occupied such a high position. At beginning it was not easy – in masculinized environment she had to prove her value every day. She was often mistaken with a man. But Shipley reached the success and became really respected person – thanks to her abilities and hard work. In her time (she was leading for 27 years – between 1928 and 1955) Division was working very effectively, and it was constantly expanding. Shipley had under her command (including terrain offices) several hundred clerks. In 1951 Time magazine called her “The most invulnerable, most unfirable, most feared and most admired career woman in the U.S. Government”.

She was supported by Secretary of State Dean Acheson, Senator Pat McCarran, and even Franklin Delano Roosevelt.

She had almost absolute power – she decided who will get a passport, and who won’t. The appeal procedure wasn’t introduced until the ’50. Frequently her decisions were controversial – like this one time, when she denied passport to Linus Pauling, who just want to personally accept the Nobel prize, or this time, when she allowed catholic priest Stanisław Orlemański travel to CCCP to talk to Stalin about free Poland. There were more similar cases (especially similar to the first one), having in mind best interest of the country (or, at least thinking that way) Shipley drastically restricted possibility to go abroad for Americans – especially for those, who were sympathizing with the left (not necessarily communists). 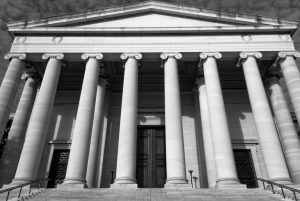 But in her career she had also unambiguously positive episodes. During the wartime, she helped many citizens to get out of the countries embroiled in conflict and go home. It was her who stopped the practice of putting in women’s passports information about their husbands.

From former insurrectionist to prominent government officials, having real impact on the functioning of country – Bielaski family, during three generations reached the status, which many other families, living in the USA much longer, could only dream of.