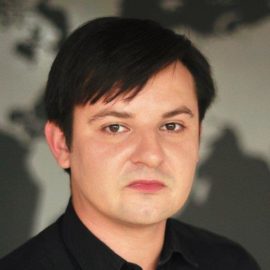 Przemyslaw Jedrzejewski Ph.D. – senior researcher at Your Roots in Poland, specialist in genealogical research in the Old Polish period, with an analysis of non-metrical sources of genealogical information (church and lineage; land and city books), secretary and board member of the Twoje Korzenie w Polsce Association, Polish historian, regionalist, doctor of humanities (specialization in modern history), a member of the Polish Historical Society.

From the school period, he showed a lot of interest in the early modern history of both Poland and Europe, which resulted in numerous successes in Olympiads and thematic competitions, including laureate of the XXXI Historical Olympiad, finalist of the XXXII Historical Olympiad at the central stage, awarded with many awards, including the starost of the Olkusz poviat award in 2005 and 2007 and the Marshal of the Małopolska Woiwode award in 2005, scholarship of the Minister of National Education in 2005, scholarship of the “Res Sacra Miser” foundation in 2006 and the medal of the 4th High School in Olkusz in 2006.

He graduated from the Pedagogical University in Krakow in 2011 with a master’s degree in history, specializing in archives, defending the thesis entitled “The Habsburgs and the Jagiellons – diplomatic relations and dynastic policy of the courts of Zygmunt I and Zygmunt August with the House of Austria in the years 1506-1559”.

He completed doctoral history studies at the Pedagogical University in Krakow, during which he organized and participated in numerous scientific conferences, he was the vice-president and then president of the Scientific Circle of Doctoral Students of History of the Pedagogical University in Krakow and a member of the Board of the Doctoral Students’ Self-Government of this university. In 2015-2017, he was the head of the research grant entitled “Local administration at the end of the First Polish Republic. Civil-Military Order Committees of the Krakow Province in the Age of the Great Sejm”, financed by the National Science Center; registration number 2014/13 / N / HS3 / 04533. He obtained his doctoral degree in 2016, defending with honors the dissertation entitled “Civil and Military Order Commissions of the Krakow Voivodeship at the time of the Great Sejm (1790-1792)”.

In his work as a Polish genealogist, he is involved in searching for information about the history of hundreds of families in various parts of Poland and beyond, as well as in compiling family histories that appeared in print. He devotes a lot of attention to popularizing knowledge about genealogy by conducting and organizing numerous workshops and classes for young people and seniors, online lectures, scientific conferences (1st Krakow Genealogical Conference), or participation in the documentary program “Ancestry Hunters”. One of the authors of genealogical textbooks for adults and children, which will be soon published by Dressler Publishing.

In his spare time, his time is spent on good (not only historical) reading, traveling, admiring the beauty of nature (especially Polish mountains), cooking, learning more about passenger liners, and caring for his cat.