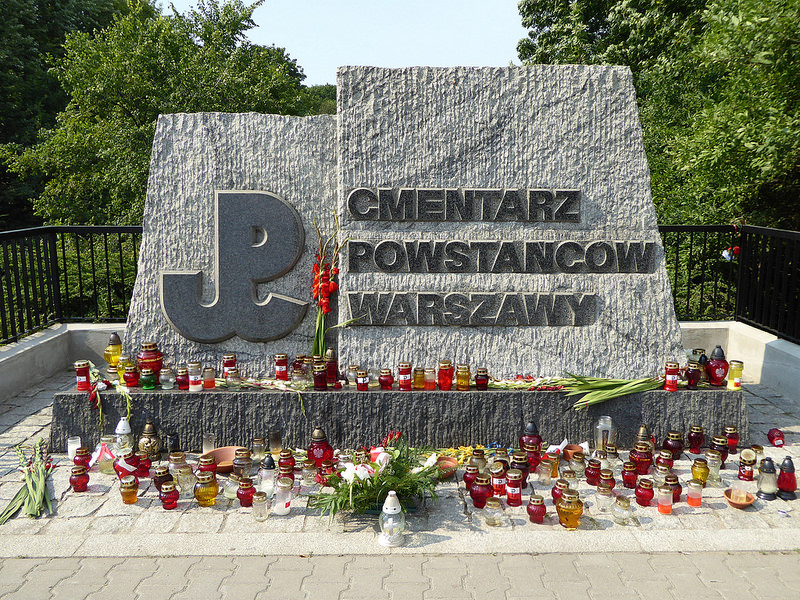 Today we commemorate 71st anniversary of The Warsaw Uprising, Polish:Powstanie Warszawskie, that is considered as one of the most significant events in modern Polish history. Due to its tragic consequences, in particular the enormous human and material losses, the question of the legitimacy of the decision to start a spurt remains a subject of debates and polemics.

The whole operation was led by the Polish resistance Home Army, Polish: Armia Krajowa. The Warsaw Uprising began on 1 August 1944 with Operation Tempest, that was aimed to liberate Warsaw from Nazi Germany and to perform it before the Soviets, to underscore Polish sovereignty by empowering the Polish Underground State, Polish:Polskie Państwo Podziemne. At the very same time the Soviet Union’s Red Army was approaching Warsaw. Unfortunately German forces manage to regroup and demolish the city while defeating the Polish resistance. That was mainly caused by Soviet’s delay in joining the Uprising. The Polish resistant forces fought for 63 days with very little outside support, received from the USA and Great Britain. The Uprising was the largest single military effort taken by any European resistance movement during World War II.

The exact number of casualties remains unknown, however it is estimated that about 16,000 members of the Polish resistance were killed and about 6,000 badly wounded. Around 200,000 Polish civilians died, mostly from mass executions. German casualties totalled over 8,000 soldiers killed and 9,000 wounded. Approximately 25% of Warsaw’s buildings were destroyed during the urban combat. After the surrender of Polish forces 3 October 1944, German troops systematically levelled another 35% of the city block by block. Together with earlier damage suffered in 1939 and the Warsaw Uprising in 1943, over 85% of the city was destroyed by January 1945, when Germans was forced to abandon the city.