Why do we need maps in genealogical research?

It might seem that maps when doing ancestors research are not a very useful attribute – after all, searching for ancestors is not a search for a buried treasure. Perhaps this does not apply to any genealogist passionate. Nevertheless I suppose that many of those who have decided on this journey, at a certain stage of the search, come to the conclusion that the maps are as necessary for the process as metrical records.

In my case it was so, that when my genealogical passion lasted several years, when I managed to accomplish many satisfying and sometimes surprising discoveries, I finally began to encounter brick walls. Having led many branches of my family tree quite deep into the past, another successes came with an increasing effort – like wading through ever deeper and denser quagmire. The sources were no longer as gracious as at the beginning of the search – to get to know the next generations of ancestors, there was just a shortage of evidence – and one parish lacked several years of books, and this in turn in the preserved books proved that there is a lack of a significant number of pages – burnt, soaked, torn or gnawed. On the other hand, I learned to approach new discoveries with greater distance and calmness, and humbly abandon every “failure” when it turned out that something could not be explored any more.

At some point, however, a new thought appeared that breathed new enthusiasm in me. I wanted this time not to discover the next numbers – dates of births, marriages and deaths – my ancestors, or names and surnames, but something completely different – to explore the space in which the ancestors I met already knew.

In this way, I became interested in the tenement house in which my family lived for years. Then I became interested in the area in which they lived – and I did not even know at what moment, every house in this street, almost every yard, architectural details of the buildings and the names of their owners has been preserved in my head. Just as my own genealogy is getting more addictive, I found out quickly that it was just as hypnotic to discover the past of the whole area – from whom and when did you buy the plot? When did you set the limits? When was the first house built on it? Wooden or brick? When was the current number given to the house?

Thus, I found a kind of springboard from the research of my own family, although not from the genealogy itself – discovering the fate of subsequent properties, sometimes I decided to go to the record books to verify whether to establish certain facts. I did not expect that cartographic sources, which turned out to be invaluable in learning about the old space, will be so infatuated with me. Until now, I was delighted with the wonderful old handwriting – although I must admit that sometimes it could also lead to a headache – and now I found a new object of fascination – a map. My first close contact with the old maps amazed me enormously. Praying at the achievements of the times in which I lived, I did not expect how valuable 19th century maps can be. It immediately triggered a great admiration for the work of people who made them. And it was a kind of shaking off the illusion that our times were “developed” and the past was “backward”.

The approximation of the heritage left to us by our ancestors reminds us very tangibly that we owe it to them in which point of humanity development we are. Seemingly simple and obvious facts, but in everyday life it is surprisingly easy to forget about it.

As I mentioned earlier, this word was written as the main object of admiration and the medium of information. Using the old maps, a lot of new elements appeared. There was still an old handwriting (because, after all, huge, often a very huge maps were made by hand!) Appearing in the signatures, descriptions, or legends of maps. Sometimes, quite long descriptive fragments appeared, constituting an excellent supplement. As in the case of old metrics, where it was possible to follow – in a limited way – the development of language, even through the changing records and wording of the names and surnames of our ancestors, and in the case of cartographic sources we deal with language – the names of our own towns and villages, wasteland, hills, rivers, etc. Sometimes the sight of a heavily distorted record of the well-known name amazes us, and at the same time it can be a bridge in understanding the meaning of today’s name and its relationship with the past.

If we decide to trace the formation of space in the past, we will eventually discover that it is a very similar path to genealogy. And people and space have a story that you can try to play. In the case of ancestors, we are looking for parents, grandparents, great-grandparents, etc., but wanting to know the fate of some property – building or land – or their owners, maps allow us to discover how the state of affairs was shaped – when the house was erected or from what larger whole A new plot was “born”. Sometimes in this process there are similar traps for us, as in the genealogy – in the documents it may be incorrectly recorded date, location or name, while in cartography there may be a mistakenly applied object, wrong colors used to mark the type of building or ground or confusing house numbering (usually variable over the years).

In both cases, the researcher must make an effort to determine how much truth there is in a given source. Sometimes you have to use materials that are not directly related to the case. Therefore, in both areas one must show acumen, ingenuity and determination in seeking to discover the truth. The good part of the increasingly popular digitization in our times is the easier access to materials collected in various parts of the world. In addition, websites are created that not only provide archival cartographic materials, but also allow you to apply old maps and plans to contemporary ones. In case of polish genealogy search Among them you can list such services as: mapire.eu, stareplanymiast.pl, igrek.amzp.pl, or georeferencer.com. Such comparison of maps can bring extraordinary discoveries, but it is also a great fun in itself. 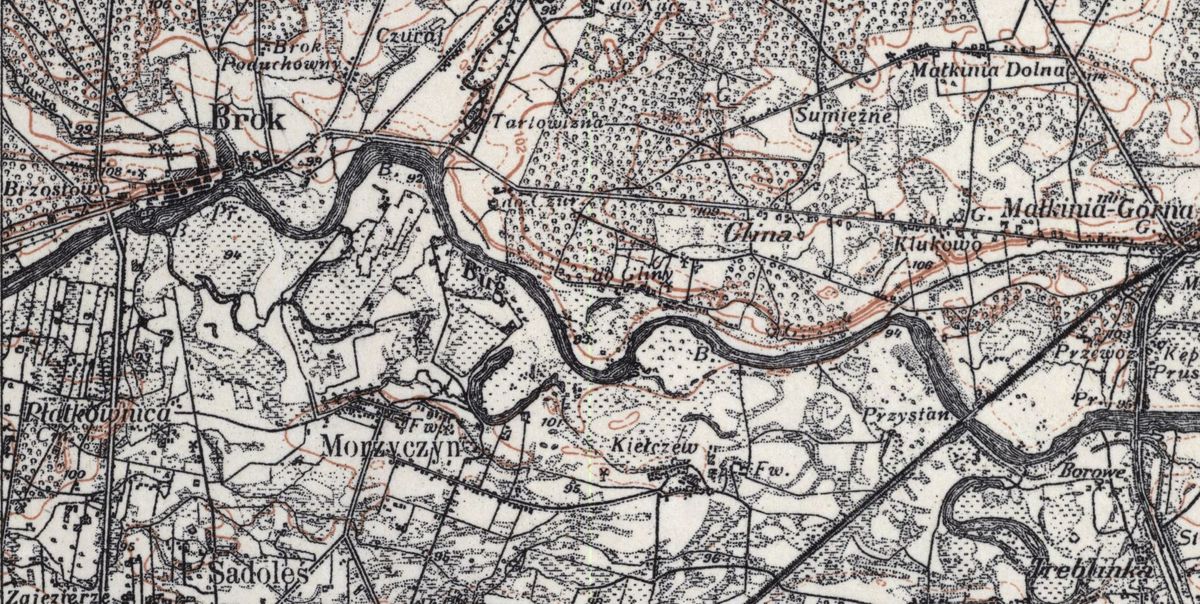 On the other hand, it may turn out that the history of a place is strongly connected with our family history and their fate interacted with each other. In a view of the constantly growing awareness of responsible shaping of the surrounding cultural space and care for the natural environment, discovering the historical spatial development of our area can become its important element.

By Bartosz Mikołajczyk – Your Roots in Poland researcher