The Polish-Ukrainian borderland has many secrets! Visiting the surroundings of Cieszanów, Lubaczów and Horyniec-Zdrój (Podkarpackie province) you can come across souvenirs of former inhabitants – Greek Catholic Ruthenians, Evangelical German colonists, Jews or Roman Catholic Polish population. Until 1939, this corner was a veritable ethnic and religious mosaic. Here are just a few examples of how unusual Eastern Roztocze is:

– serf / freedom crosses – commemorating the imperial patent of 17 April 1848 bearing serfdom and expressing gratitude to God (and the emperor!) for freeing from this feudal burden. To this day, 18 crosses have been preserved in Eastern Roztocze. The photos present two of them – from the village of Rudka (very rare phenomenon of inscriptions in Polish!) And from the non-existent village of Sieniawka (inscription in Ruthenian).

– cemetery and Orthodox church in Nowe Bruśno – in the Eastern Roztocze, the Rusyn (Ukrainian) population dominated. A reminder of the former inhabitants are numerous churches, abandoned cemeteries, roadside crosses and chapels. This region was famous for the stonemason’s center located in the now non-existent village of Bruśno Stare – the effects of the work of local stonemasons can be seen at every turn, whether in the form of numerous gravestones in cemeteries or in the form of roadside crosses. A special case showing the coexistence of cultures is the cemetery in Nowy Bruś. In 1857, the local Evangelicals from the Deutschbach colony were provided with quarters at the Greek Catholic village cemetery. The Protestants’ quarters were by no means separated and adjacent to the tombstones of people of Eastern faith. To this day, characteristic Protestant mushroomshaped tombstones have been preserved, of course made of Brussels sandstone.

– German colonies – leaving the Ruthenian village you can suddenly move to … a German colony. Protestant Germans appeared in the Lubaczów estate in 1783 on the wave of Josephine colonization. One of the colonies founded at the time was Reicheu (now Podlesie near Basznia). To this day, it is the best-preserved in terms of space and architecture of the former German settlement in this region. In the mid-nineteenth century, 170 people lived there. The Roman Catholic church stands in the center of the village is a former Protestant church. It was the main Evangelical center in the Lubaczów region – in 1875 it gathered 1150 faithful souls. Along with the church, a cemetery was established at the end of the 18th century, well preserved to this day (108 stone tombstones have survived).

Where to look for metrical records – acts of civil status from eastern Roztocze? That area was a part of Austrian Galicia before 1918. Depending on the religion, the books were kept in Latin, German and Ruthenian. Books of Greek Catholic parishes are kept in the State Archives in Przemyśl. As for Roman
Catholic parishes, the books are scattered among various institutions such as the State Archives in Przemyśl, local Registry Offices, parish archives, Eugeniusz Baziak Archive in Krakow (it is worth remembering that Lubaczów was the first seat of this institution!), Civil Registry Office, IIIrd Department of Registration of Civil Status and Zabużańskie Books in Warsaw, and even the archive in Lviv (CDIAL). The books of the Evangelical parish Reichenau are available in the Central Archives of Historical Records in Warsaw. 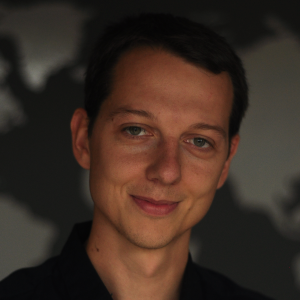