On 24 to 26 Oct 2019 Your Roots in Poland had a chance to take part in another RootsTech conference – a very special one because it was a first one in Europe and first one in London. This time apart from giving consultation and helping the attendees on their Central and Eastern European genealogy, we also gave a lecture on the following subject:
Austro – Hungarian, Russian, Prussian? No – Polish!

Poland – as a country was not existing for 123 years (1772 – 1918). Many people who see on their ancestors’ emigration records Austrian, Hungarian, Russian, Prussian don’t know that their family could in fact come from Poland in its historical borders. During our classes we will give a little bit of an insight into Polish history and explain how to start with Polish genealogy. We will talk about, among others, Galicia, Pommern, Silesia, Ruthenia, Volhynia and how to locate and obtain records from these regions. You will get to know the relevant databases, archives and a few polish words that will help you begin with your Polish roots journey.

Many of you ask why did your Polish ancestors emigrated – in most of the cases it was poverty, so
a very bad economic condition of those lands back in the end of XVIII, through all XIX and the beginning of XX centuries. A few events led to this situation but the one which was the most harmful is what we call partitions of Poland. In fact it happened in three stages and lasted for 123 years:

As a result of three partitions, individual countries took over:

However, our state was only territorially non – existing. Thanks to the national consciousness of our ancestors, the language and culture survived, which for so long were subject to their complete liquidation. The strength connecting Poles in all partitions was patriotism and the struggle for independence. They organized patriotic conspiracies and armed against the partitioners. Secret national organizations and uprisings were an expression of disapproval of national slavery. The life of Poles under partitions was a constant struggle for independence, which is why uprisings took place, among others November 1830 and January 1863.

Thus, the existence of the Polish nation can be owed to the then population – they were responsible for cultural and linguistic development. Many felt a member of the national community, and also strove to maintain the “invisible” state. The Catholic Church played also an important role in the struggle for survival, because Polish was spoken in the temples. Inter-sectoral activity was versatile – starting from smuggling illegal magazines published in Polish and ending with the developing works of painters, writers or scientists.

Galicia was the center of the Polish nation’s development – it was there that Poles from the Austrian Partition used the freedom granted to them – they opened Polish theaters, young people were stimulated at the Universities in Krakow or Lviv (in the sense of belonging to a non-existent state) to the obligation to strive to preserve Polish culture and language. Thus, the survival of the Polish nation is due to persistence which was manifested in the constant pursuit of regaining a sovereign state, mutual stimulation of national consciousness and a sense of community of Poles who fought both on the territory of the non-existing country and abroad.

Now you surely understand why your Russian, Prussian, Austrian ancestor may be in fact Polish. How to verify it and how to start? We always begin our search with ourselves – that’s usual situation as for genealogy no matter where you come from. Write down everything you know about your ancestry: names, surnames, religion of your ancestors, important dates in life, the places where they lived, what they did for living, or have done in the past. If you want to discover your Polish ancestors history you have to get to know where they were born or lived in Poland.

In fact, it’s not such a simple task, so you will probably need support. Your relatives can help you. Interview them, ask for information you don’t remember or can’t remember. Talk first of all with the oldest family members. Do it while it’s time, while there is still someone to ask – it’s worth just recording these stories. The recording will enable future confrontation of family knowledge with other sources. There are plenty of opportunities for family conversations – birthdays, name days, holidays, or just coffee with grandma. Sometimes even the family tales or lore on how the land of your ancestors looked like and what language they spoke maybe an important clue.

You may not know, but you also have your family archive – in your own home or at your grandparents’. It is from its search and order that our next stage of genealogical research should begin. Here you will find basic documents for genealogy, i.e. marriage / marriage records and birth certificates. Trying to locate towns you may try to find your ancestors emigrational records – ship manifests, passports, naturalization documents. That information can be also given by World War I and II Draft Registration Cards. You will probably also come across school certificates, work certificates, documentation regarding ownership, if you are lucky, maybe letters and diaries. In addition to paper documents, pay attention to old photo albums. Photographs often provide answers to our questions. Unsigned photos are one of the genealogy’s biggest problems.

When you organize your home archive and write down information provided to you by your relatives, we move to the next equally exciting stage – work with documents. We know from experience that when you get here there is no turning back.

During your research, you’ll be digging through numerous types of files. The most important of them are: metrics (birth, marriage, death certificates), censuses, court and notary files, school, university and military documents, as well as those relating to various types of institutions and organizations. Going to the details:

The concept of records covers all registers of baptisms (births), marriages and deaths. The oldest Polish lists of this type come from the 16th century. Keeping record books became compulsory for Poland after the Council of Trent 1545-1563, i.e. relatively long ago. Over time, records ceased to be just
a document created for church needs, they became official public documents. The methods of collecting and storing them depended on the regulations of the partitioning powers. In the interwar period, all these provisions were unified. After World War II, a secular marriage register was introduced and registry offices were established. It is worth noting that Poland in its long history was a multi-faith country, so with time, next to Catholic registers, there were also records for the Mosaic, Evangelical, Greek Catholic or Armenian denominations.

Registers / files of civil status are kept in territorially appropriate state archives (in almost every major city in Poland). For example – if our great-grandfather was born in Ruda near Tarnów, then his birth certificate can be found in Tarnow State Archives. As far as the great-grandfather was born at least 100 years ago, because if not – then this act will still be in the local civil registry office.

Registry offices are required to keep records of civil status: births for 100 years, marriage and deaths – 80 years, and then (after this period) transfer them to the state archives. The parishes still have their own records – they do not have to transfer them to the state archives, instead they send their copies to the diocesan archives. This situation gives hope that if the document was lost in one archive, it may have been preserved in another.

Polish genealogy also moves with the time, and often you don’t even have to leave your home to develop your polish family tree. All because of the magic of the Internet. Every year, more and more documents and books are digitized (transferred from paper to digital) and placed in various databases – also online. There is no portal that would contain them all – to facilitate your task below we publish
a list of the most useful ones:

szukajwarchiwach.pl – internet portal run by the General Directorate of State Archives in Poland. Contains scans (if a given set of documentation has been digitized) and descriptions of archival materials collected in Polish archives. Their number exceeds 23 million and is constantly growing.

Geneteka – a nationwide database of metrical records indexes (extracts of basic information from records). The project is implemented by the Polish Genealogical Society. The database is located on the organization’s website. http://genealodzy.pl/
In addition to the wealth of records, the creators of Geneteka try to combine it with other databases – in the event that a record is missing, the seeker can be sent to a specific archive where this entry is located.

Organizations smaller than the Polish Genealogical Society also collect their own digital resources and many valuable materials can be found on their pages. For Wielkopolska region, the most important base is the Poznan Project. It aims to index nineteenth-century marriages from the historical area of Greater Poland.

Naturally, there are many more sources to learn about the life of our ancestors. The above-mentioned databases / institutions, types of documentation are designed to help you become familiar with the world of Polish genealogy. By building a solid information base it will be easier for us to reach further valuable sources, which in turn will be associated with going to the actual archive. 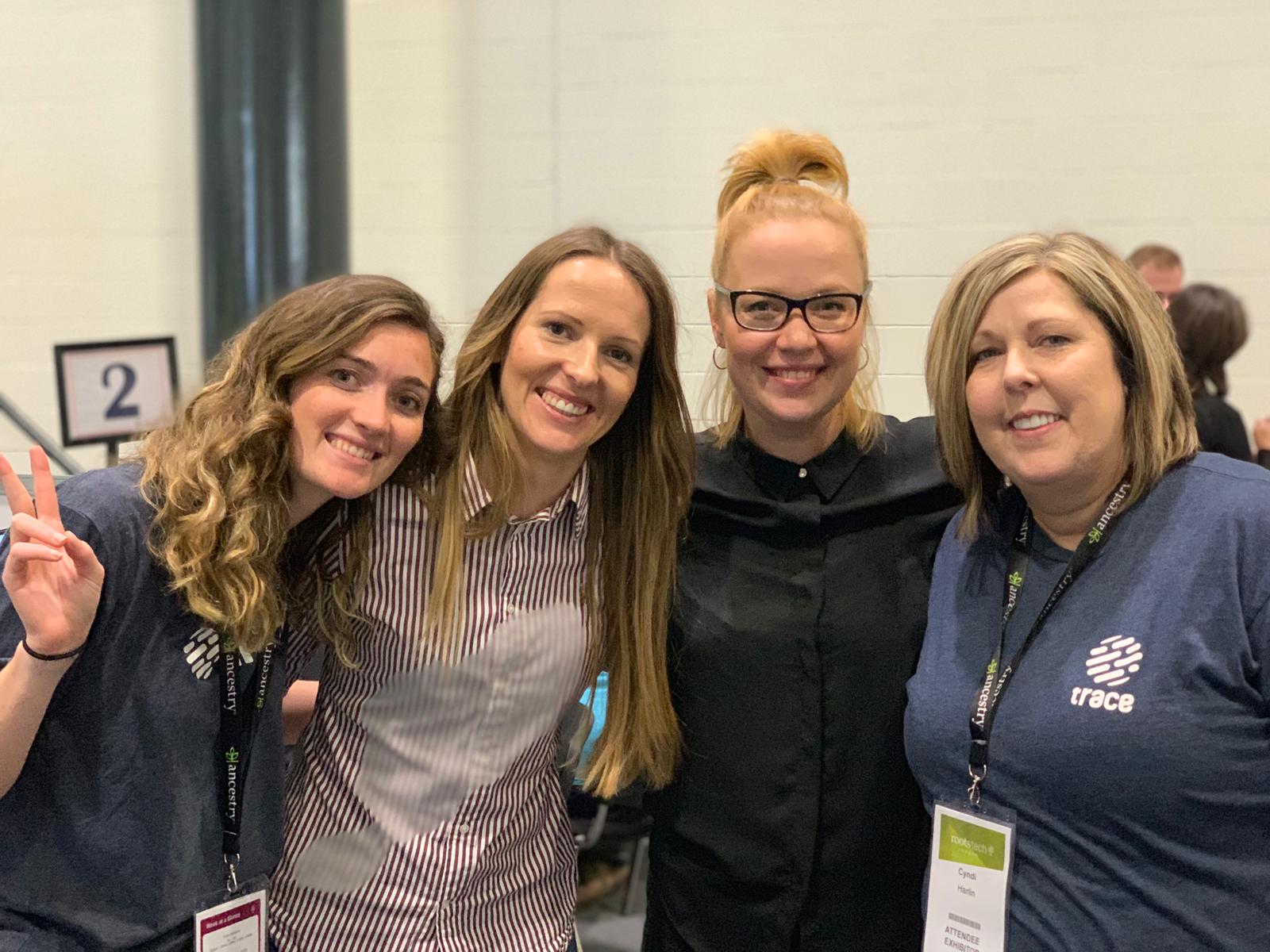 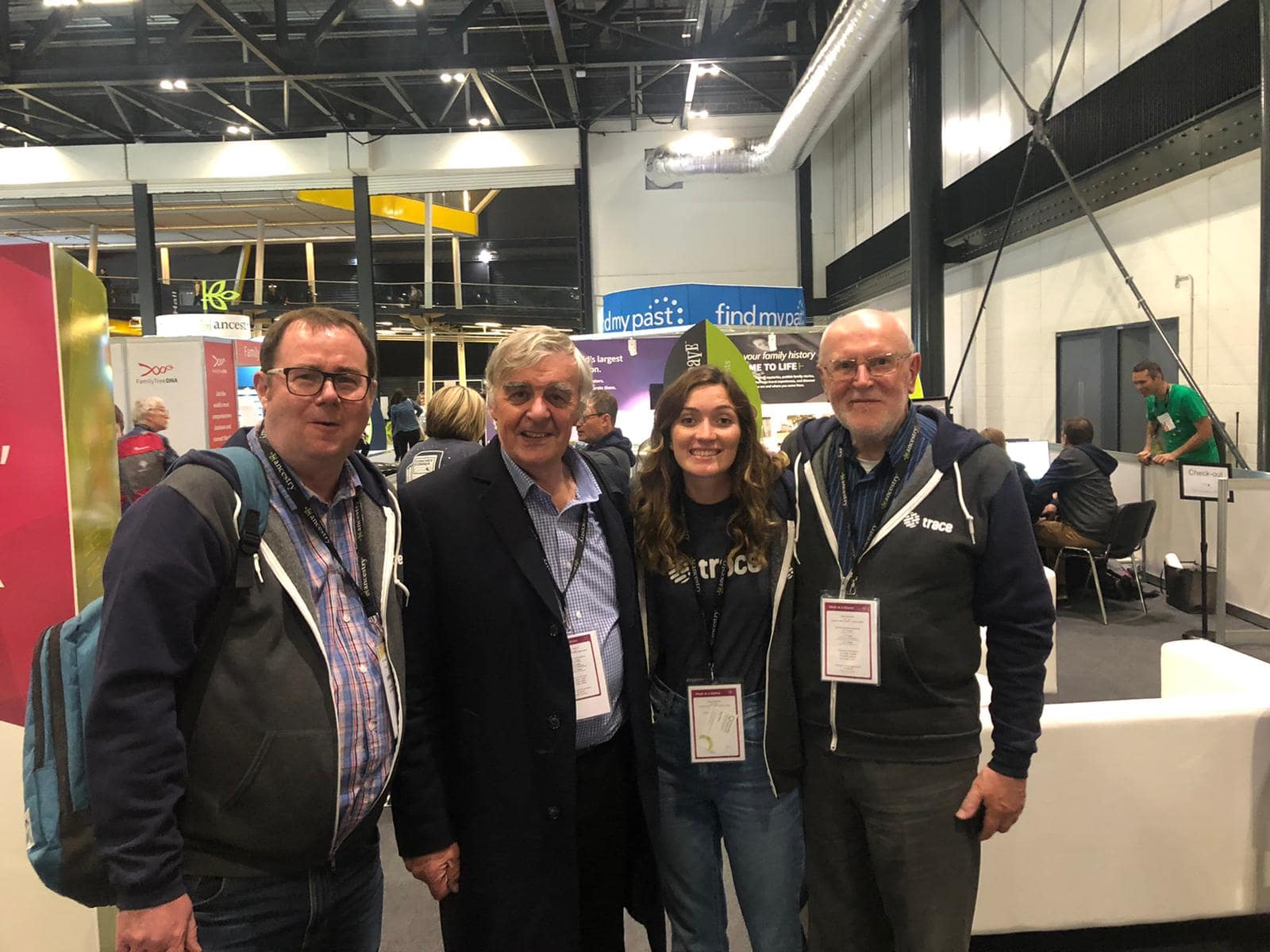 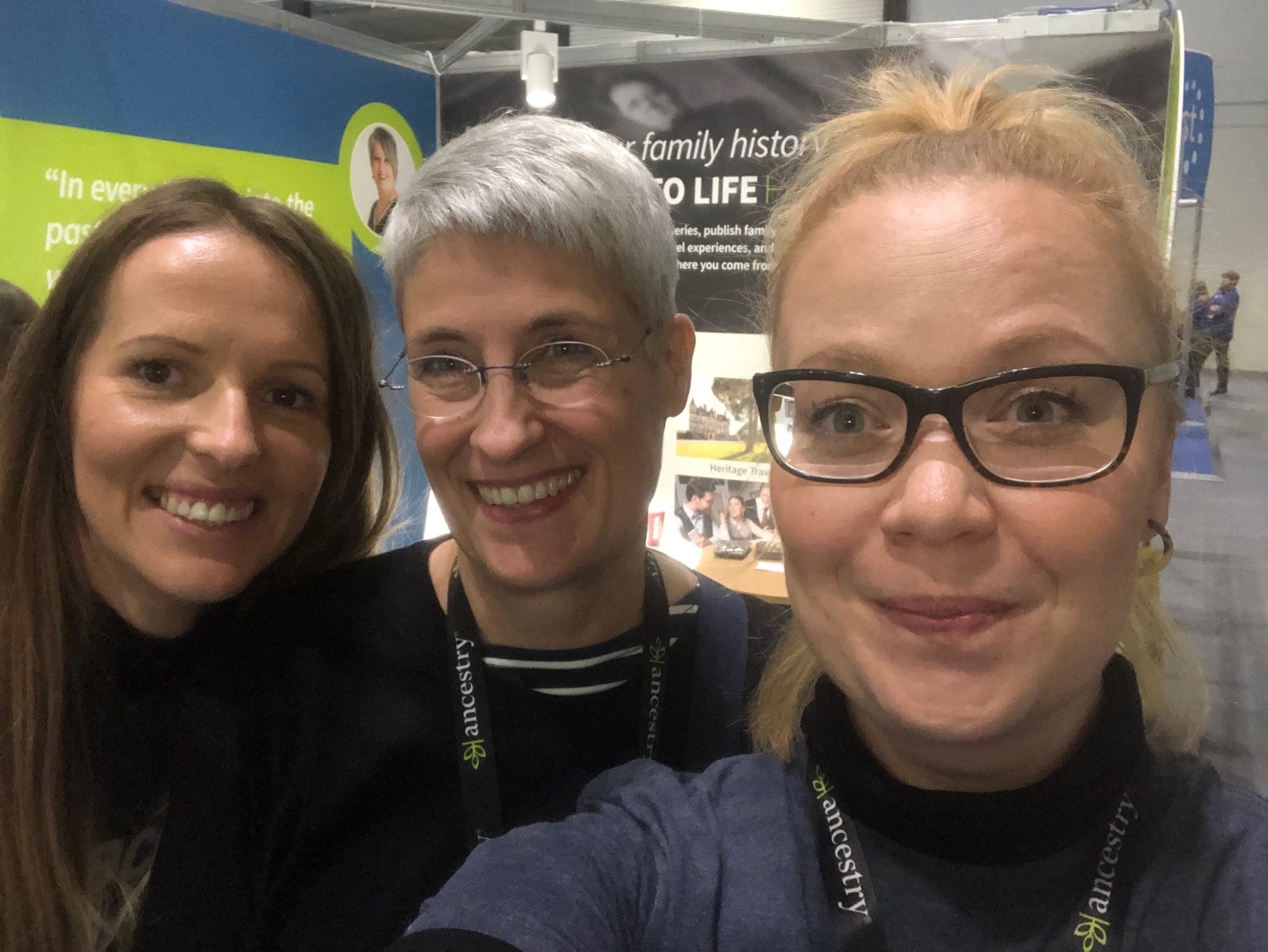 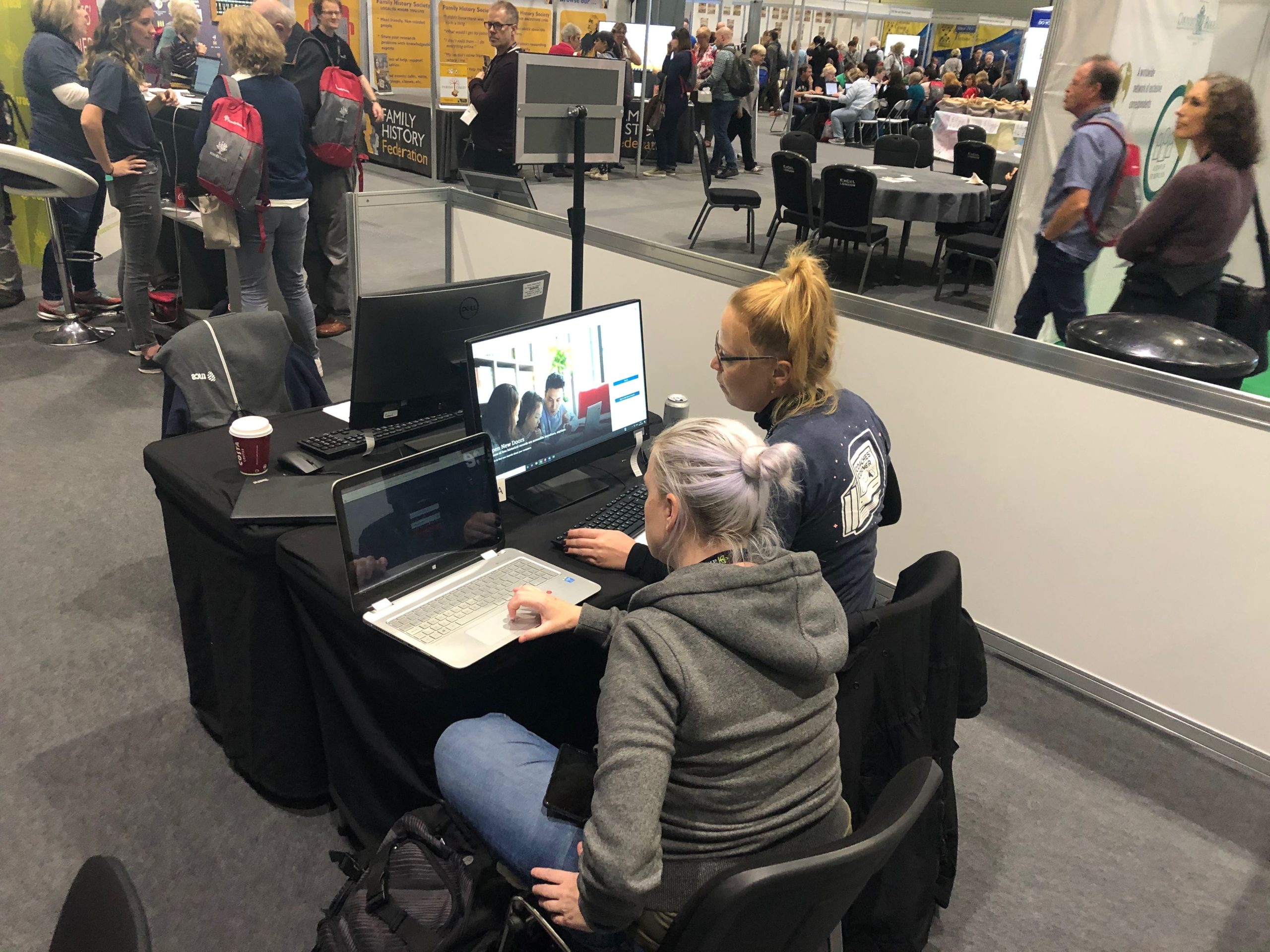 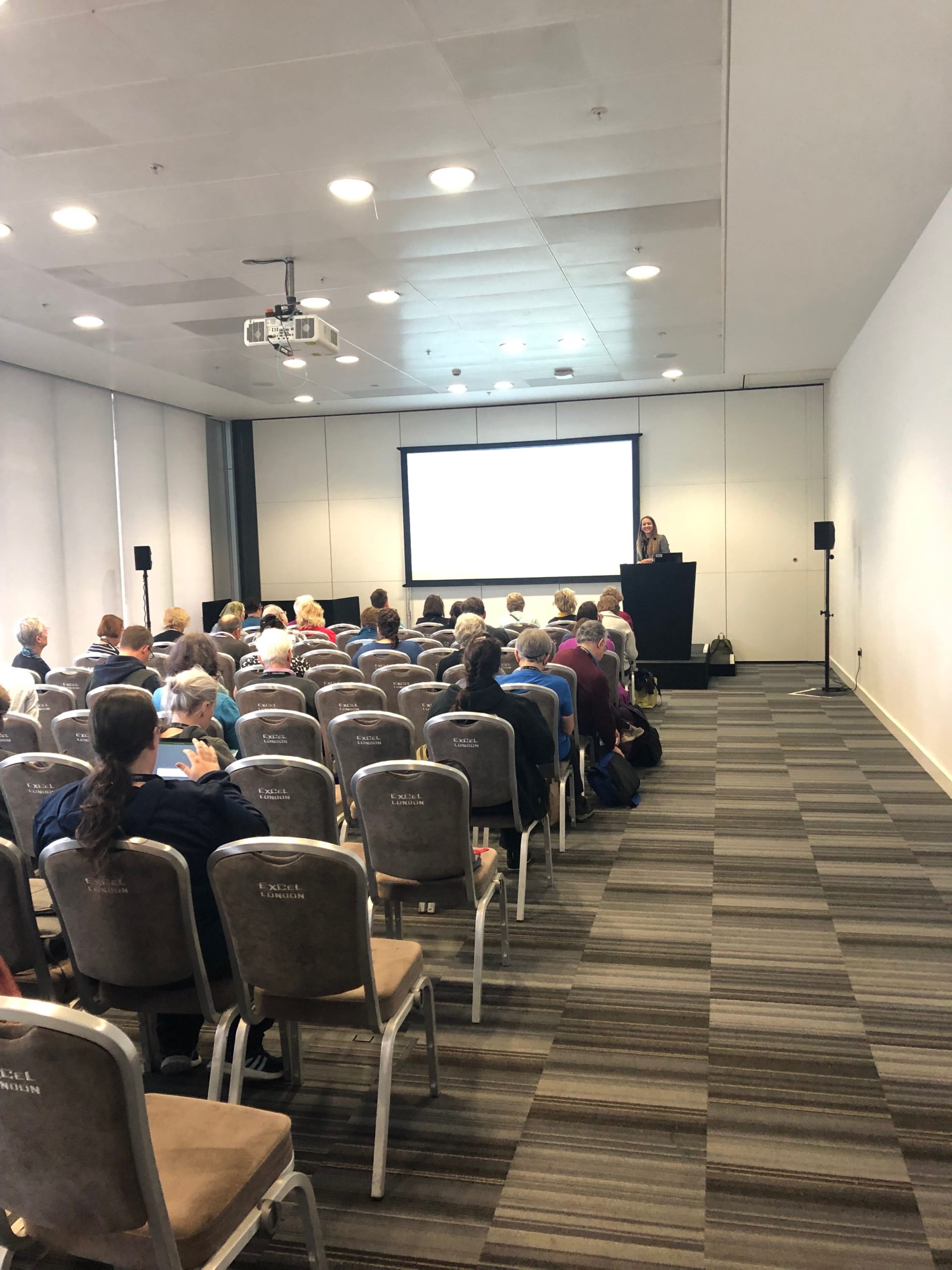 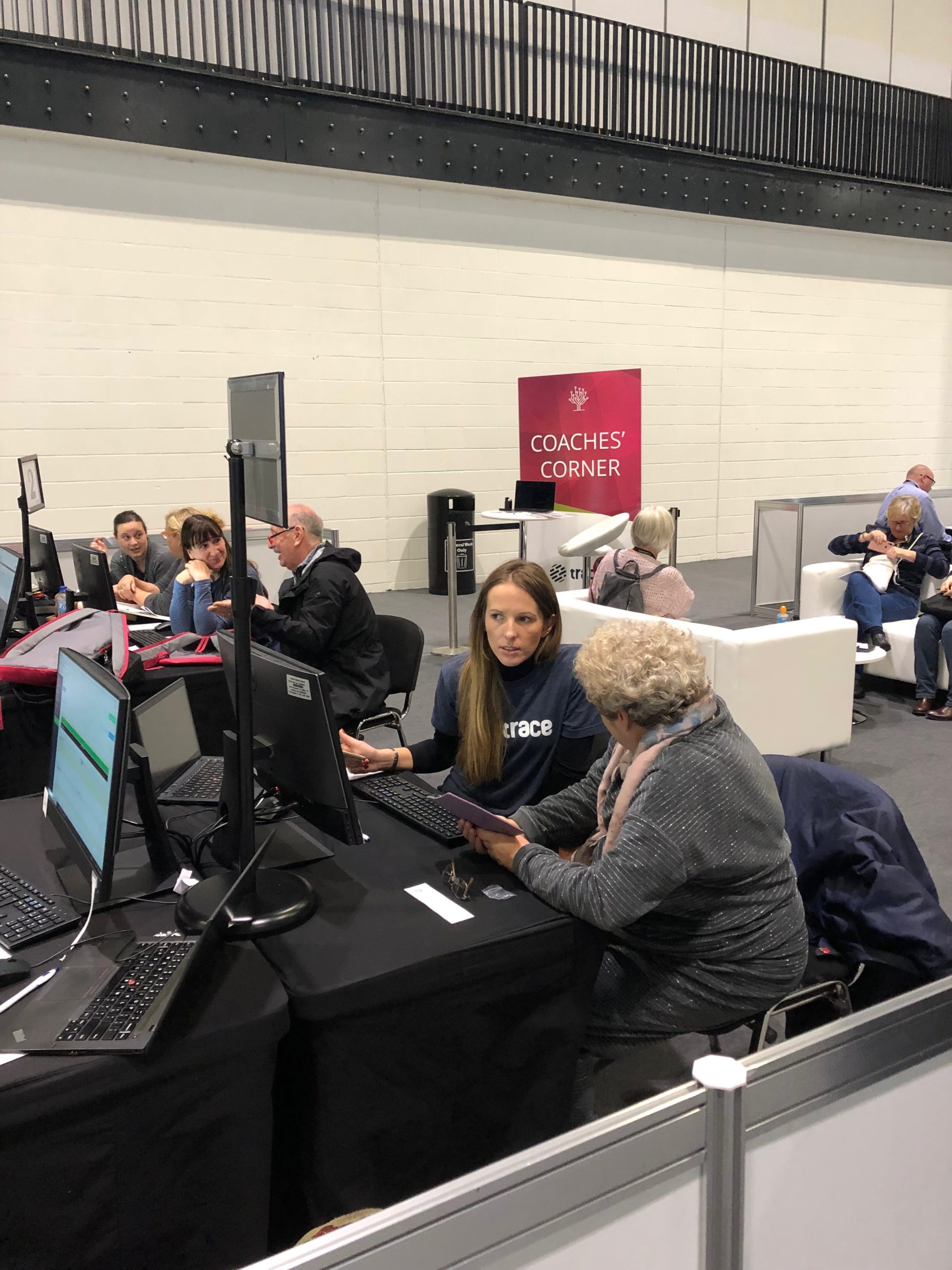 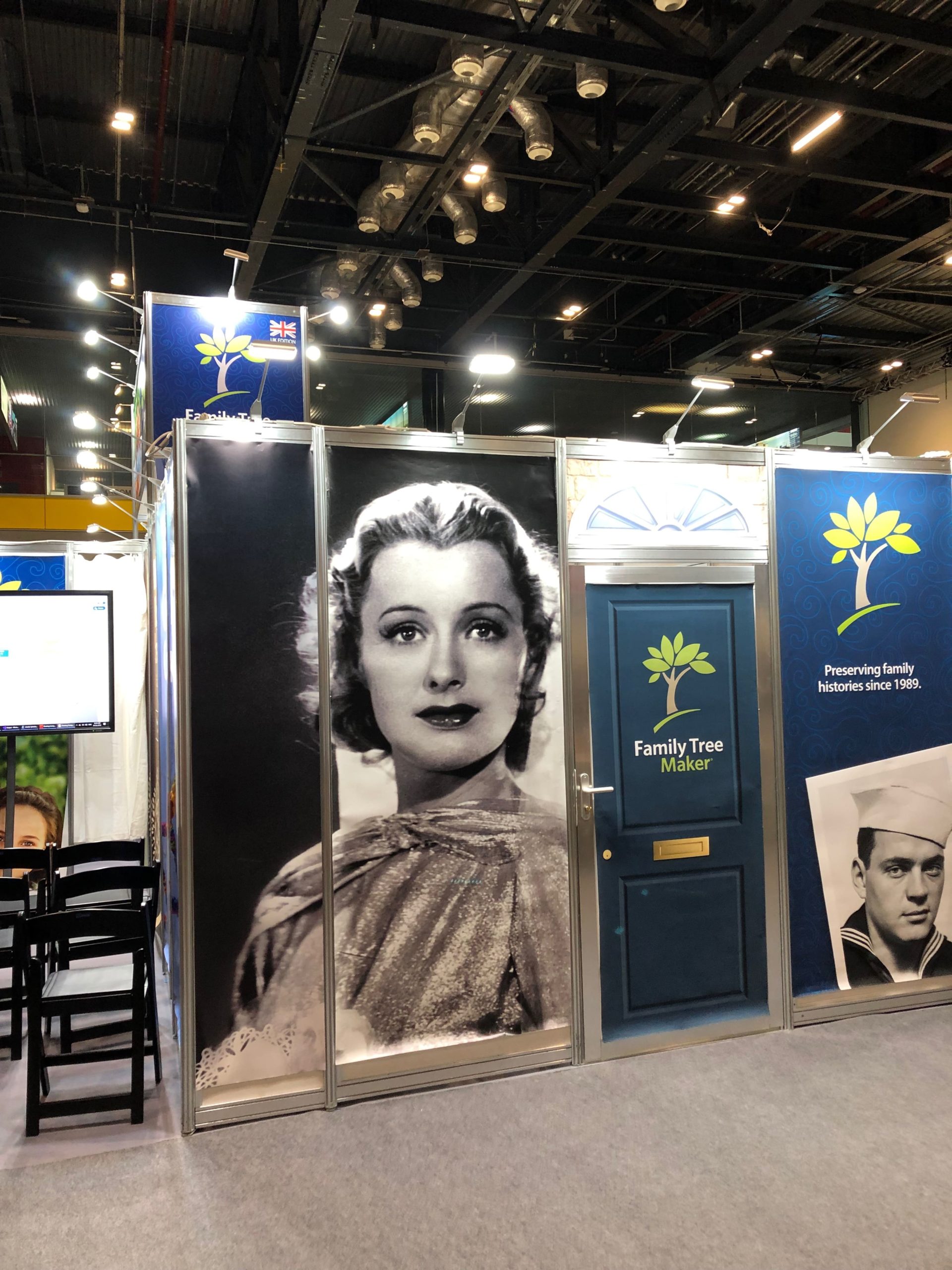 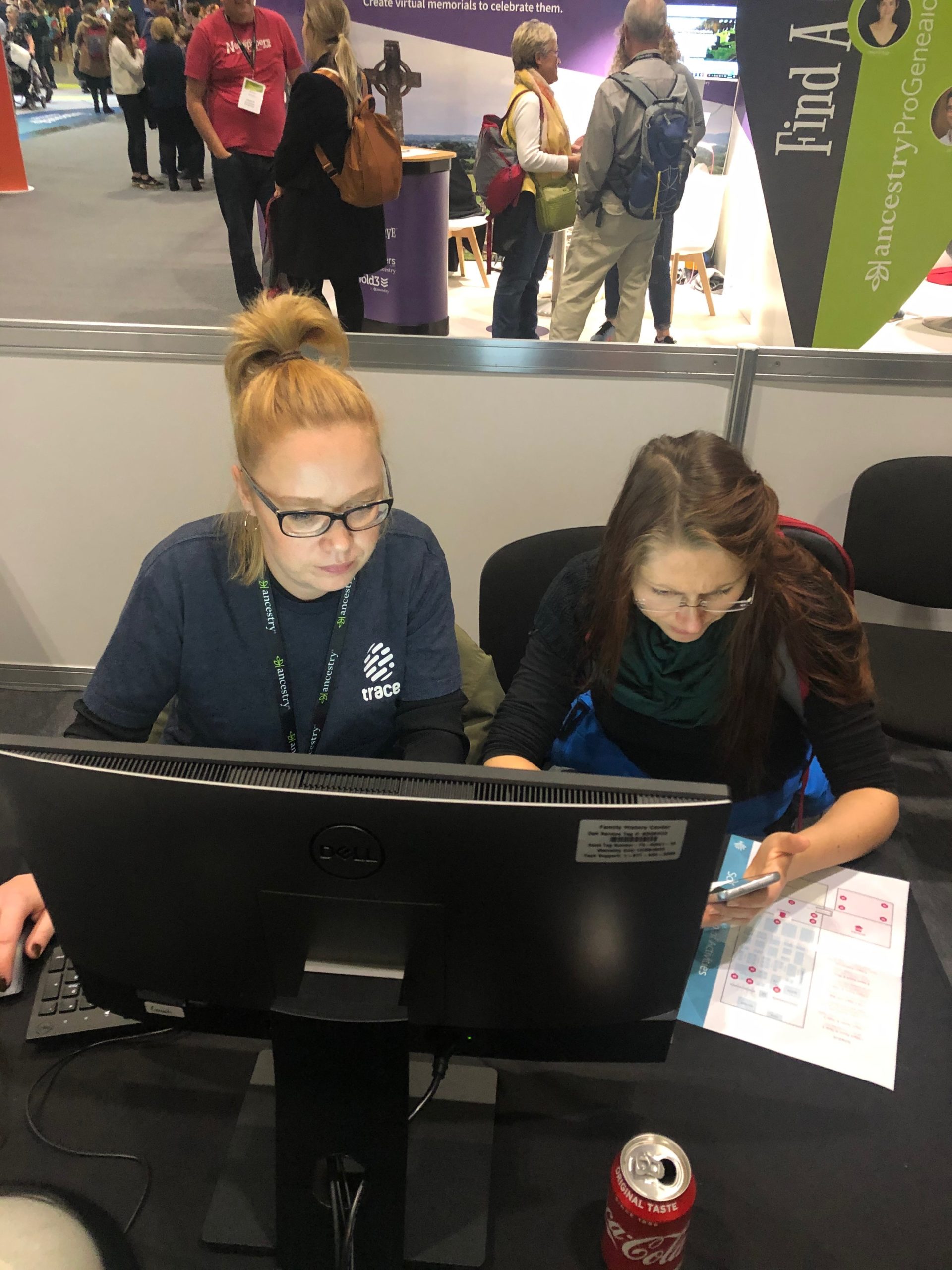 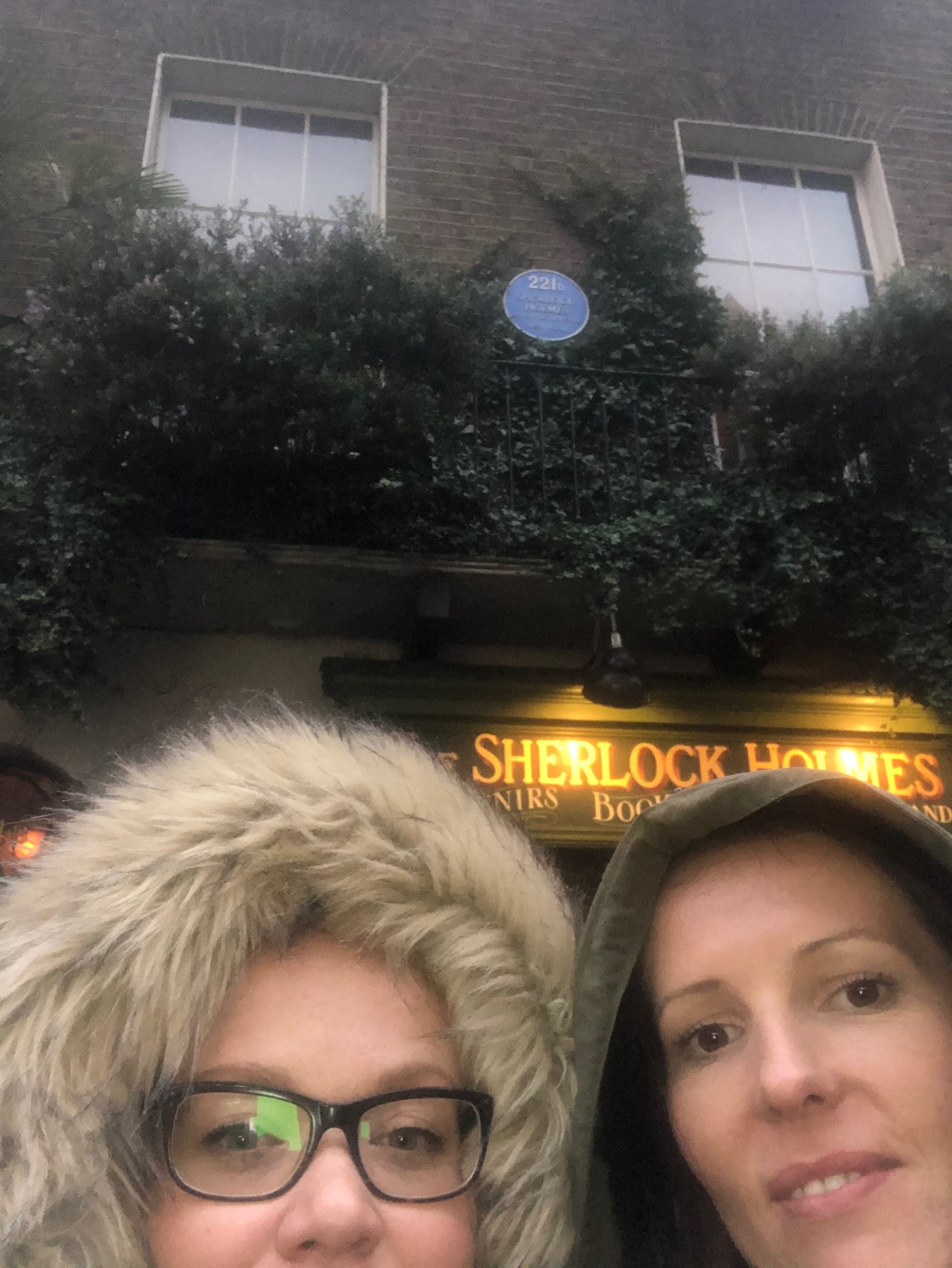 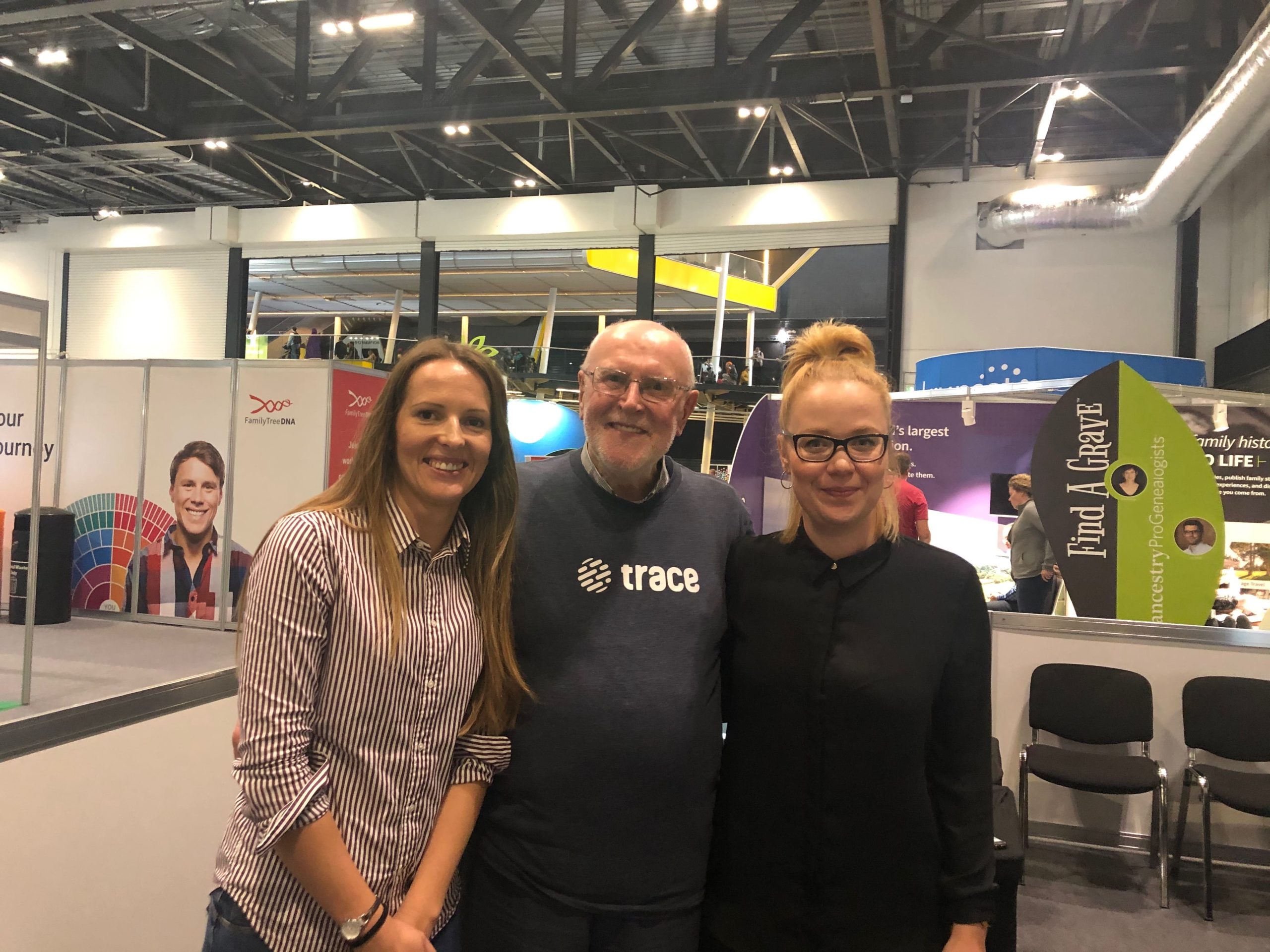