Looking for your ancestors is based on working with documents. During your genealogical research you will have to read a lot of them. Following materials can be useful: metrics, censuses, judical and notarial documents, acts from universities, parties, associations, various organizations and institutions.

Family archives inform about situation of the house, and very often contain some helpful data. If you are lucky, you can also find there couple of information about leaseholders and serfs.

Oldest Polish registers date back to XVI century. Keeping metrical books in Poland became obligatory after the Council of Trent (1545-1563). All baptisms (with the date of birth) and marriages were registered – later information about deaths started to be noted. Since 1607 (after provincional synod in Piotrków) polish parsons had to register confirmations and the list of parishioners. Then in XVII century there were 5 kinds of metrical books, mandatory to keep. Notes about cause of death were frequently added too.

Trivia: in many parishes metrical acts were kept before Council of Trent, for example – in St. Mary’s Basilica, Cracow.

The way of keeping registers was changed during the partitions of Poland. Metrics became public legitimate documents and the way of keeping them was regulated by rules of the particular occupying country. In Interwar Poland all regulations about keeping registers were unified. After World War II the general secular registration of marital status was established and new organs of national administration were created in the entire country. The offices of civil status create and keep documents for 100 years, then passes them to the national archives. Parishes still have their own metrics and do not have to pass them to national archives, instead they are gathered in diocesan ones. 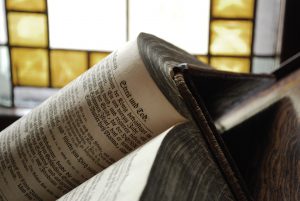 Many valuable genealogical data can be found in registers kept in parishes and monasteries. Typical pieces of information that are stored in parish books are lists of: parishioners, banns, parish announcements, confirmands, charity organizations and others. Monastery books can also be very useful in genealogical research. They contain data about monks as well as these considering local nobility.

Other important pieces of information can be kept in various kind of censuses. The first census conducted in Poland took place in 1791. The data stored in censuses are: birth certificates, marriage certificates, death certificates, parents’ names, place of residence etc. Since 1861 communal offices were obligated to kept censuses in 2 copies. The first census in Independent Poland was conducted in 1921. Tax registers might also be useful while proceeding genealogical research. They provide data such as: material status and place of residence. Specific data about entire families are kept in registration books, and contain: first and last names, parents’ names, profession and current position, date of birth, confession, nationality, place of residence etc. Valuable source of information are forms that had to be filled during census as well as those filled for id cards and passports. 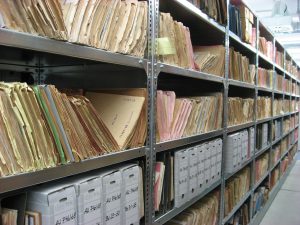 In these ducuments you will find many useful data, such as: personal data about owners and family members, their debts, testaments and short term obligations. They might be a great help whilst searching for lost relatives and ancestors.