Thanks to the Internet and fast access to information, we can discover our history, browse online documents, or use programs that create graphic family trees. It turns out that the achievements in the field of medicine, and above all genetics, can also help in this search! The fact that scientists today can analyze all human genetic material in just a few hours helps not only in the detection of genetic diseases, or in carrying out tests for paternity, but also allows us to conduct our ethnicity, check how many genes we have in common with the Neanderthal, but first of all, to get to know biological relatives, about whom we had no idea they existed at all!

Genetic DNA testing can be divided into three types:

This is a test based on information that is stored in our DNA contained in 22 chromosome pairs. It allows you to find relatives regardless of the kinship line, and therefore in both the male and female lines. The relative found in this way is the person with whom we share, at least one long section of the DNA. This episode is a combination of nucleotides, called SPN for short. It will help in the discovery of unknown genetic relatives who are usually close enough to be placed in their family tree. Often these are relatives in the lateral line, so before you do your autosomal test, expand the tree with the side lines!

It is best to perform such activity through a genealogical portal, which has DNA tests in its offer, because thanks to the huge database of registered users there is a greater likelihood of finding relatives, but also to verify this relationship, discovering a common ancestor and, consequently, combining both trees into one common. It is also important that such databases are regularly updated and if our relative ever does such examination, we will be informed and we will be able to verify the relationship. It is worth noting that this type of DNA research can help find a family line that it would not be possible to reach in the case of adopted or raised by one parent using traditional genealogical methods.

https://www.familytreedna.com/
A possibility of finding relatives among other users: YES
Additional info:
– the firm offers all types of the tests, so: YDNA, mtDNA, atDNA

https://www.ancestry.com/dna/
A possibility of finding relatives among other users: YES
Additional info:
– only atDNA test

https://www.myheritage.pl/dna/
A possibility of finding relatives among other users: YES
Additional info:
– only atDNA test

https://genographic.nationalgeographic.com/
A possibility of finding relatives among other users: NO
Additional info:
– the ability to check affinity with known historical figures
– the test is not sent outside the US 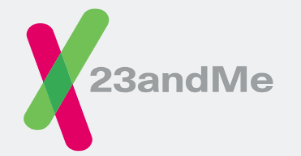 https://www.23andme.com/
A possibility of finding relatives among other users: NO
Additional info:
– the possibility of combining genealogical DNA research with medical research
– the test is not sent outside the US

https://livingdna.com/
A possibility of finding relatives among other users: YES
Additional info:
– the only company based in Europe, Great Britain
– for an additional fee you can get a printed version of your research results

The autosomal DNA test also allows you to get to know the ethnic groups to which our ancestors belonged. They are usually presented in percentage according to a given ethnic group. These data are based on previously collected information – in populations of particular regions. They allow us to trace the history of our family from times of which we do not have genealogical data, neither it is possible to obtain it.

This is a test for all those who are interested in searching after the sword, i.e. relatives bearing the same surname. It is a DNA test of the Y chromosome, which is transmitted almost unchanged from father to son. Unfortunately, such a study can only be performed by men! The ladies must persuade their grandfather, dad, or brother to do so. In the case of this study, the sequence changes, mutations that take place in the Chromosome Y, count. These changes are so frequent that inheritance allows them to establish a common ancestor.

Thanks to many years of research on the Y chromosome, the researchers found that all men living today come from the genetic Adam, who probably lived in central Africa sixty thousand to eighty thousand years ago.

When people in small groups left Africa tens of thousands of years ago and settled different parts of the world, each group developed and transmitted in the masculine line clear mutations that allow us to identify each one. So far, 18 basic versions of the Y chromosome have been selected, which came from prehistoric men whose descendants live in a straight line to this day. In Europe, only a five of such DNA haplogroups is distinguished.

This type of DNA test also allows us to verify our history closer to us, to estimate the likelihood of kinship between our male relatives and other men bearing the same surname. There are several types of this test, consisting of checking YDNA-37, 67, 111 and 700 markers. If two examined men after the study Y 67 have 67 same markers, they have a 50% probability that their common ancestor lived three generations ago, and 90% probability that he lived over five generations. In this situation, it is enough to compare their family trees to confirm a common ancestor.

We only inherit the mitochondrial DNA from mother, and it is transmitted only in the female line from mother to daughter. Unfortunately, it is the least useful for genealogy, mainly because mtDNA mutations occur very rarely, once every 300 to 600 generations, and thus once every 10 000 years. It is difficult to examine two samples to assess the degree of relationship because checked individuals can be related in the space of 200 to even 2000 years!

There are eight variants of mtDNA in Europe, which means that we come from eight mothers who lived in the ice age. This type of research has also led to the discovery that probably all currently living people in the world come from one woman, the so-called mitochondrial Eve, who lived in Central Africa about 200,000 years ago.

In conclusion, DNA testing alone does not give us genealogical results. It is valuable when you can compare it to the examination of another person and determine whether you are related to each other or not. The longer the common stretch of DNA, the closer the relationship is. Before you do such investigation, think very seriously about the choice of the company you will commission. It should primarily have clear rules for storing and disposing of your test results, but also have a wide database of other users that will allow you to find your genetic relatives. Remember that such study is worth doing for the oldest family members, because in their DNA they will have genes that have already been lost in the younger generations.