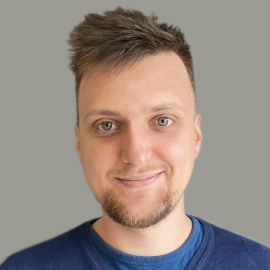 Michał Petrus – Project Manager and Polish Citizenship Specialist. History enthusiast from an early age. In 2014, he graduated from the Faculty of History at the Jagiellonian University (MA). His research interests are the history of religion and religiosity – to which he devoted his bachelor’s and master’s theses, as well as the history of the Early Middle Ages, especially the Mediterranean basin. He moderated early modern history conferences, and also collaborated on publishing proposals (creating internal reviews, substantive corrections). For almost three years he has been dealing with the issue of confirming Polish citizenship by descent, he is also interested in genealogy – he researched his roots until the mid-18th century. Thanks to hundreds of analyzed civic matters and continuous work with public offices, he knows many nuances of civil law. He also knows what documents are needed to successfully carry out this procedure. As a result, he was able to confirm Polish citizenship to many descendants of emigrants who today live in the United Kingdom, Canada, Australia, New Zealand, South Africa, the USA, Argentina and Israel. He tries to constantly expand his knowledge with the latest interpretations, practices and regulations that affect the final decision issued by the Provincial Office.

He ran a blog called ‘Peculiar Histories’ devoted to popularizing unknown and unusual stories on the border of the history of dynasties and world history. He is happy to help his relatives and foreigners in discovering their roots. As a person curious about the world, he does not limit his interests to history and genealogy. He is also interested in astrophysics, retrofuturism and games of the imagination. In his spare time, he likes cooking, hiking on the mountains, and he simply loves watching animations and comedies. He always appreciates passionate people, always guided by empathy and a positive approach to matters.