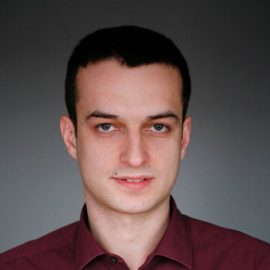 Łukasz Kabziński – Junior Researcher in Your Roots in Poland, MA in political science, a graduate of the Pedagogical University of Krakow of the National Education Commission in the field of political science, specialization: public administration.

In 2016, he completed an internship at the Second Department of the State Archives in Krakow. In 2017-2018 he was employed as an administrative and office worker, archivist at the Kraków-Nowa Huta Cultural Center. In 2018, he worked at the State Archives in Krakow as an assistant archivist. Since November 2018, he is employed as a junior genealogist at Your Roots in Poland.

In workplaces he performed activities related to the preparation of official correspondence – letters and certified copies, performing archival inquiries and archiving documents. He got to know the structure, functioning and archival resources of the institutions in which he worked.

His real passion, however, is genealogy. Łukasz has an extensive knowledge of archival documents, their location, storage rules and assigning them to an appropriate structure in the archival system. He developed the ability to read documents written in various official languages, including Latin and Russian Cyrillic. He takes part in many genealogy projects. He deals with, among others digitization of church books for GenBaza.pl and indexing of records for geneka.genealodzy.pl. He also publishes his achievements on the MyHeritage website. He is the administrator of the website “Wspólkorzenie”. His activity is also associated with frequent visits to archives and state and church offices. In his Polish genealogy research, in addition to metrical acts, he appreciates the importance of sources other than record books, such as censuses and land books, which he believes are of great importance for the overall approach to the issue of genealogy.

Every day, he pursues his passion, dividing it into private research and work at Your Roots in Poland.