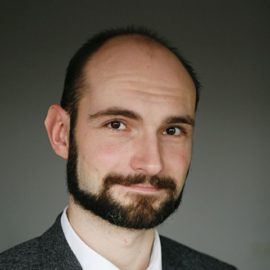 Bartosz Mikołajczyk – he is a Polish genealogist in “Your Roots in Poland”. He graduated in history from the Jagiellonian University. His interest in history has accompanied him from an early age, which ultimately made him choose his academic and professional path. He has also been researching the history of his own roots for many years – starting from drawing simple family trees and talking to the oldest family members and the day when, as an adult, he could start visiting archives on his own. Every aspect of genealogical research – no matter whether it is his own or made on request – can fascinate and engage him. He realizes how important it is to be aware of the different world of our ancestors, and therefore of the knowledge of the then terminology related to record files – written not only in Polish, but also in Russian, German and Latin – as well as the different systems of dates and measures used due to geographic area or religion. That is why genealogical research enriches, gives joy in work and in discovering itself.

Many genealogical searches he has started do not leave him alone until he finds satisfactory answers. Nevertheless, he is aware that, just as every living person has the right to privacy and freedom of thought, we should also understand that it is not the role of a genealogist to lay bare the fate of our ancestors. They too are entitled to their secrets. Nor should we be too quick to judge their choices.

Since his family has for many generations come from the areas of the former Russian partition, his greatest experience relates to the research of records from these areas – conducted in Russian from 1868 until Poland regained independence. However, it is with pleasure that he devotes himself to genealogical research from the other regions. He considers one of the most interesting studies of former Greek Catholic parishes.

However, history and genealogy are not everything – he still has many other interests that have been with him for a long time, or he secretly dreams of developing them, such as drawing, music, horse riding or marine art and science. He hopes he will be able to enjoy them as well.